The Tale – A Journey of Discovery?

It’s Saturday 9th September, the weather outside is ambiguous if we’re being generous, ominous if we’re being completely honest, and I’m on my way to Torquay Museum to experience… well I don’t know what exactly I’m about to experience. This weekend is the opening weekend of arts festival “The Tale”, a long anticipated, much debated, cultural event which will, if the rumours are to be believed, be one of the defining moments in Torbay’s cultural rebirth. We’ve been firm supporters, and often critics, of this event since it first came to our attention at the end of 2016. It has been our privilege to play host to the organisers on numerous occasions and to help share the voice and ambition of the festival to local communities. And it has been an equal pleasure to, at times, offer reproval as part of this support.

“A Journey of Discovery Across Torbay” – this is the limit to the information you have going into The Tale, beyond the names of a few locations and artists. From these clues, you might extrapolate that landscape is going to be important to the event; Berry Head is referenced, as are the beaches and harbours of the surrounding coastline. Heritage and history too; whilst not obviously listed we know the Paignton Picture House is a pivotal venue in the event. But for anyone who has been following the festivals development, you’ll know at its centre is the sea. Whether it’s seen in the marketing imagery, or experienced in the “Dawn Swims” the braver visitors can participate in, or heard in Philip Hoare’s own words, “and always the sea”, its presence is always known.

Philip Hoare is the mind behind The Tale, the festival is a collaboration between his writings, boyhood experiences and Torbay. This is, perhaps, more his journey than our own as we ‘step into Philip Hoare’s shoes to see the bay through his eyes’. The journey starts at Torquay Museum. Tickets are exchanged for… [what happened when you walked into Torquay Museum? You say at the end your time here was too fleeting, were you rushed through? Were you not encouraged to stay and absorb it?], then guides you from Torquay to Paignton and finally Brixham, with an evening performance at Shoalstone Pool as the sun begins to set.

During your tour, you are guided through narrative, sounds and by objects to buildings and places that are introduced to you in different ways and which all play a part in the journey.

For me some elements of this were more striking than others; the narrative across Torquay with, you eventually realise, those providing the narrative, appearing at points on that journey; brought with it an added dimension to places of familiarity and was at times poignant and stark. This was probably the part of the tale that most resonated with me, awakening my senses to what is around me, that we take for granted or simply do not see normally. Paignton Picture House too is full of atmosphere, sitting in the dark hearing a recording of people entering and taking their seats conjuring an image of a once busy place now neglected but with hope for its future. A sound installation in the quarry at Berry Head was a feat and the sounds unexpected, not what one might have imagined at all and in a setting, that is, in itself, spectacular!

And this, for me, is what resonated through the whole experience. The points at which I felt most engaged with The Tale, were the points where it engaged most with the spaces that hosted it. This festival lives and breathes because of Torbay, because of its coastline, its historic buildings its dramatic scenes. In its simplest form, The Tale is a journey, but more importantly it is a vehicle for witnessing Torbay, allowing participants to be touched by the inspiring atmosphere of this place.

Some of the elements of The Tale for me missed their mark but this isn’t a flaw in the experience. The festival is deliberately diverse and everyone’s version of it will be different. In many respects, I would have been disappointed if there were not parts of the day from which I walked away unimpressed, too perfect an experience would have felt bland.

The Tale has certainly divided opinions in circles locally. For many, the mystery is too much, offering only ambiguity and evasion. For others, the scale is too broad; committing to a whole weekend too big of an ask, or the prospect of traversing the three towns in one-day undesirable. These concerns are not unreasonable and I would respond to them with this; The Tale is something you have to commit to, it is an event that asks you to take risks and to give a little of yourself. Undoubtedly though, it is worth taking the plunge for, and it rewards the faithful abundantly. We would advise anyone who can afford the time to get a “Wanderer” ticket to best absorb the performances and more importantly the spaces in between, and can safely say that if you love Torbay, it is not possible to be disappointed by this experience. 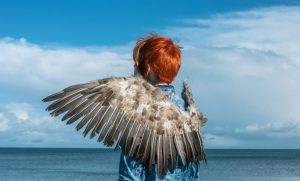