Many more people than expected attended the meeting at Occombe Farm. 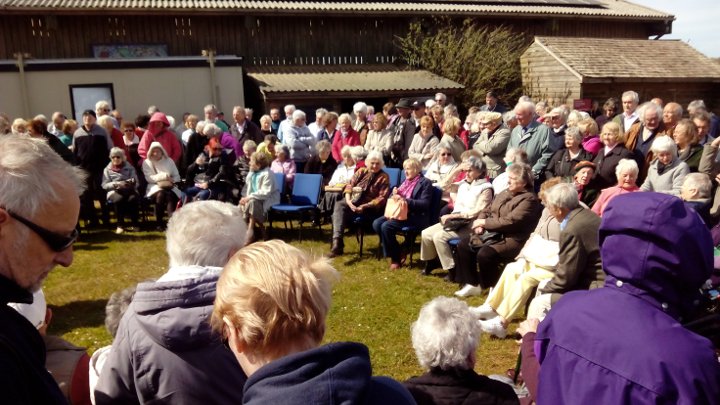 There were so many people that the hall booked for the meeting could not hold them all and the meeting took place in the open air.  Over two hundred people turned-up! 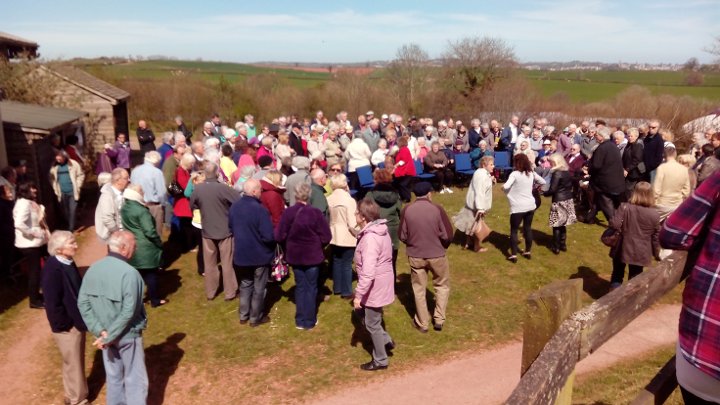 The meeting was run by Ageing Well community builder, Christine Durrant, and the main speaker was Councillor Mark King.

Mark explained that there would be a motion put forward at the next council meeting, on the eleventh of May, proposing that the 60/61 service be temporarily subsidised, giving breathing space while investigations into a longer term solution take place.

Mainly due to insufficient use, Local Link have declared that the service is no longer viable and have received permission from the DVSA (used to be VOSA) to stop it on May 16.

One proposed longer term solution would be to set up a community transport scheme and this option will be investigated very soon.  Brixham already have such a scheme, running a service to Kingswear, see www.mybus.org.uk for details.

As soon as more information becomes available, we will post it on this Web site – watch this space.